This is Part 3 of my November Photo a Day challenge. You can see Part 1 here and Part 2 here

15. in my purse - All my essentials in my handbag. I love my Adidas bag. So roomy for all ma stuff.

16. play - Lego Superheroes. There is no shortage of Lego at our house!

17. 5 o'clock - Making dinner after seeing Thor - The Dark World at the theatre.

8. mirror - I love this mirror image of one of my son's Hotwheel cars.

My youngest loves to collect leaves. On his travels, if he sees a leaf that he likes, he will give it to me to bring home. I remember as a young girl I would put a leaf between wax paper and place it within the pages of a heavy encyclopedia. With time, the moisture would evaporate from the leaf and the leaf would become somewhat skeletal. It was really neat.

Leaves are pretty cool with their different shapes, sizes and colors. Living on the west coast, they don't really make a dramatic display of color change like they do on the east coast. But nonetheless, leaves are pretty and the falling of the leaves indicate that Fall is in full swing and that Winter will soon be here.

One day, I used my iPhone camera to to take a few pictures of some leaves that I found while on a walk.

I also had to take a pictures of a couple of flowers (even if one of them was a weed), saying, "Hey, we're not ready to hibernate yet, it's still summer time!" :)

Yah, I wish that we could go from Fall into Spring and bypass Winter altogether. Although, my kids are hoping for some snow this year (it is kinda fun making a snowman). But me, well, I wish I lived in Southern California or maybe Arizona. 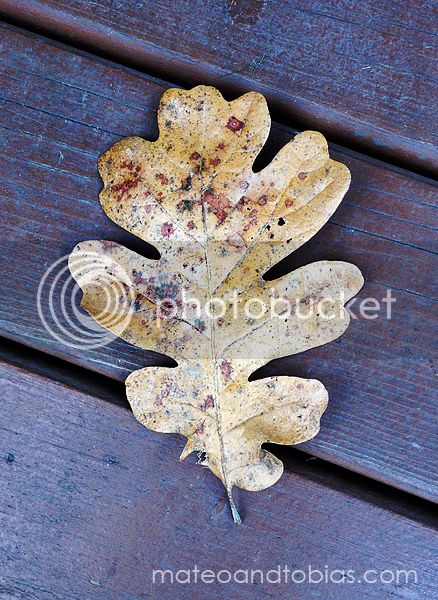 I just listed some new Holiday Printable Wall Art in my Etsy shop.
They are all located in the Holiday Line section of my shop

These 8x10 prints would be a wonderful way to add some holiday cheer to your home, office or studio.
They also make a wonderful gift! 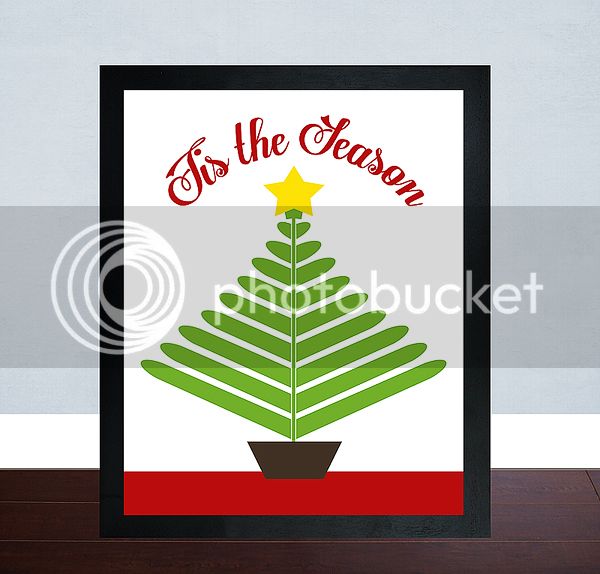 This year I want to make some pine cone ornaments to hang on our Christmas tree and make a pine cone garland to hang along our fireplace. I also want to experiment with spray painting pine cones. Some in silver, some in gold, and some in white. I think adding some gold glitter to the tips would look pretty too.

The following are some pine cone inspired Etsy finds. I love these!

This is Part 2 of my November Photo a Day challenge. If you missed Part 1, you can see it here.

07. yes! - This is the first canvas painting I did using acrylic paint. It was fun!

08. someone i miss - It's hard to believe that my grandma passed away almost 17 years ago.
It seems like yesterday when she was still with us. ♥

09. mine - I don't know what I did before I had my iPhone. I know it's only a piece of technology,
but I am lost without it!

11. a memory - Time goes by way too fast. This is one of my favorite photos from when my boys
were 3 years and 8 months.

12. clouds - Fluffy, fluffy clouds. It would be fun if you could actually sit on one. It looks like a comfy pillow.

The shape of the day is triangles. There is something about these geometric 3-sided shapes that I really love! Today's Friday Etsy Favorites feature some gorgeous triangular shaped pieces.

I have really enjoyed the November Photo a Day challenge hosted by Fat Mum Slim so far. It has been encouraging me to improve my photography and to think outside of the box. Sometimes it is challenging to think up an idea for that day and sometimes I will think of more than one and have to choose my favorite.

At the end November I am going to compile a 12x12 scrapbook page of all my photos and include them in my Project Life album.

These are the photos from the first six days of the challenge.

Since August, my husband and I have been on a modified Paleo way of eating. We are not strict Paleo, as we still eat dairy, like cheese (just can't give up cheese!) and a few other things that are restricted in the Paleo diet.

I have heard of Paleo Granola and was intrigued that it was made from nuts and seeds. No oats, whatsoever. So I decided to give it a try. I am so glad that I did.

I have made this recipe for Paleo Granola quite a few times now. It is SO good! I don't even miss the oats. It tastes good on it's own as a snack, with a bit of almond milk, or on top of Greek yogurt. Yummy!

First I placed the chopped almonds and pecans, pumpkin seeds, and shredded coconut in a large bowl.

Next I put the coconut oil, honey, maple syrup, cinnamon, and salt in a saucepan.

Over low heat, I mixed the ingredients until they were dissolved and blended together.

I then put the coconut oil mixture into the bowl with the nuts, seeds, and coconut.

Mix, mix, mix until everything is well combined.

I then spread the mixture onto a parchment lined baking sheet. Bake at 300 degrees, stirring
occasionally, for about 20 minutes.

Once cool add a cup of raisins.

Then, enjoy as a snack on it's own, with a little almond milk, or on top of yogurt.

Place the almonds, pecans, pumpkin seeds, and coconut in a large bowl.

Next, put the coconut oil, honey, maple syrup, cinnamon, and salt in a saucepan and heat on low stirring occasionaly until ingredients are melted and blended together.

Pour the coconut oil mixture into the large bow with the nuts, seeds, and coconut. Mix until all the ingredients are well combined.

Spread the mixture onto a baking sheet lined with parchment paper and bake for about 20 minutes, stirring occasionally.

Once baked and cooled, place in a container and add 1 cup of raisins.